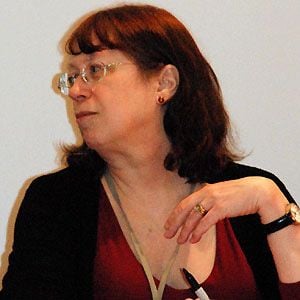 Acclaimed screenwriter who is most recognized for her young adult wizard series, Young Wizards.

She moved to California in 1976, where she worked as an assistant to David Gerrold.

She wrote for Star Trek alongside producer Rick Berman, who was nominated for an Emmy for his work on the series.

Diane Duane Is A Member Of