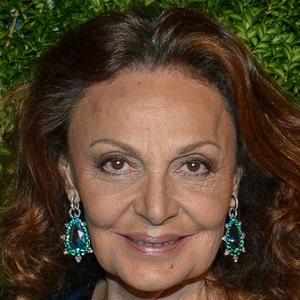 International fashion designer, most known for her womenswear and accessory lines.

Prior to becoming a designer, she worked as a fashion photographer's assistant.

She popularized the wrap dress in the American market, which sparked her biggest financial success.

She married Barry Diller in February 2001 but had been linked to notable stars and .

She has judged on the show Project Runway, where Heidi Klum has served as host for numerous years.

Diane von Furstenberg Is A Member Of