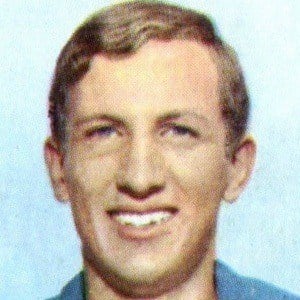 He competed in track and field at Oregon State University.

His high jumping technique was initially met with scrutiny and was dubbed the "Fosbury Flop" because people thought he looked like a fish flopping in a boat when he jumped.

He grew up in Medford, Oregon.

He took his gold medal at the 1968 Olympics where African-American runners Tommie Smith and John Carlos famously promoted civil rights by raising their black-gloved fists in the air.

Dick Fosbury Is A Member Of