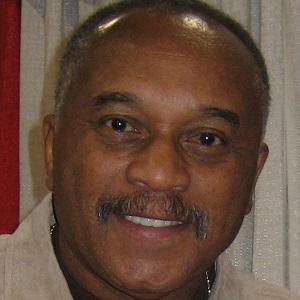 American track and field athlete who was the first person to break the 20-second barrier in the 200-meter dash in the 1968 Summer Olympics.

He earned a scholarship to San Jose State because of his phenomenal speed.

His Black Power salute during the medal ceremony at the 1968 Olympics became an important symbol of the African-American Civil Rights Movement.

He fathered a daughter, Danielle, with his first wife before marrying Delois in 2000.

He was breaking records at the Summer Olympics long before Usain Bolt was.

Tommie Smith Is A Member Of