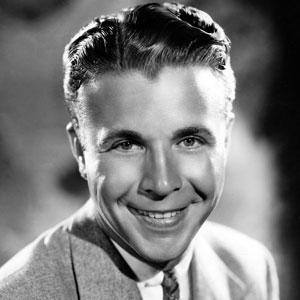 Singer, actor, and producer who directed The Enemy Below and The Hunters and appeared as a singer in the musicals Gold Diggers of 1933 and Flirtation Walk, among others.

He was a successful MC at two theaters in Pittsburgh. His first musical group was Charlie Davis Orchestra, with whom he sang.

He was cast as Lysander in the Warner Bros. version of A Midsummer Night's Dream in 1935.

He and Ruby Keeler starred in Footlight Parade in 1933.

Dick Powell Is A Member Of