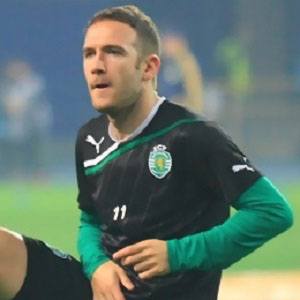 Spanish left winger who two multiple UEFA Cup and two Copa Del Rey titles during his years with Sevilla. He won the UEFA European Championship at the Under-19 and Under-21 level representing Spain.

He played on the youth squads of Barcelona and Sevilla as a teenager.

He was named the Portuguese League Player of the Month or October 2011.

He has been teamates with Rui Patricio at Sporting Clube de Portugal.

Diego Capel Is A Member Of