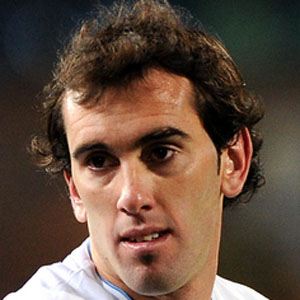 Center back who joined Atletico Madrid in 2010 after spending three years with Villarreal. He became a member of the Uruguayan national team in 2005.

He debuted professionally for Cerro in 2003.

He was born in Rosario, Uruguay.

He and Diego Lugano became teammates on the Italian national team.

Diego Godín Is A Member Of