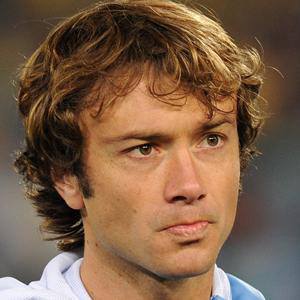 Uruguayan center who was selected the best captain in the 2010 FIFA World Cup, and played for Sao Paulo from 2003 to 2006.

He began his career with Club Nacional de Football in Uruguay in 1999.

In 2005 he led Sao Paulo to titles in the Campeonato Paulista, the Copa Libertadores, and the FIFA Club World Championship in Japan.

He had three children named Nicolas, Thiago, and Bianca.

He joined Diego Forlan on the Uruguayan national team in 2003.

Diego Lugano Is A Member Of