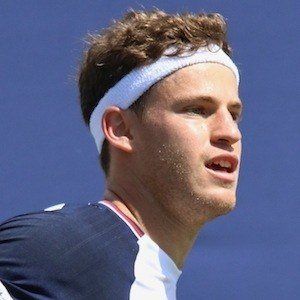 Argentine professional tennis player who is known for competing mainly on the ATP Tour. He is known for reaching a career-high singles ranking of Number 28 in the world in 2017. He is a clay court specialist, and is noted for his powerful and unexpected return game.

With a passion for the sport at a young age, he began training early on and made if debut appearance in 2010 at the age of 17. He went on to win several titles and made his first appearance in the main draw of a Grand Slam event at the 2014 French Open.

As a professional tennis player from Argentina, he can be seen in relation to other professionals from the same area, including Juan Martin del Potro, Guillermo Vilas, and Gabriela Sabatini.

Diego Schwartzman Is A Member Of