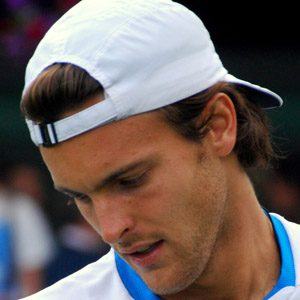 Tennis player who has been ranked as the top Portuguese player in the world. He is famous for his 2013 Proton Malaysian Open title against renowned Spanish player David Ferrer.

He was born in Guimaraes and began playing for the Portugal Davis Cup team in 2008.

He began playing tennis with his father Armando at age 7.

He was defeatd by Uruguayan player Pablo Cuevas on July 13, 2014.

João Sousa Is A Member Of