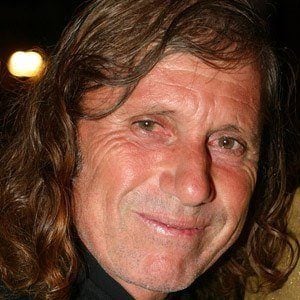 Former Argentinean tennis player who set the male record in 1977 for longest winning streak on clay courts at 57 matches; the record stood until 2006.

He became the second Latin American to capture a Grand Slam tournament title; he would go on to win four Grand Slam titles in all.

He was born in 1952 in Buenos Aires, Argentina, and raised in Mar del Plata.

He became a fan of Roger Federer.

Guillermo Vilas Is A Member Of