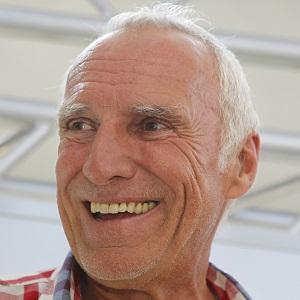 Known best as the co-founder of Red Bull, this businessman had, by 2012, accumulated more than five billion dollars from the sale of energy beverages.

After studying for a decade at the Vienna University of Economics and Business Administration, he began work in the marketing department of the London-based Unilever company.

While he was working for a German company called Blendax, he traveled widely and, on one trip, met Chaleo Yoovidhya, the Thai founder of the Krating Daeng energy drink that would later be transformed into Red Bull.

He grew up in Styria, Austria, as a member of a family of Slovenian and Croatian heritage. He fathered one son out of wedlock.

In 2005, he became the co-owner of the Formula One racing team Minardi and re-branded it as Scuderia Toro Rosso. His newly purchased Red Bull Racing team went on to win a major championship with driver Sebastian Vettel at the wheel.

Dietrich Mateschitz Is A Member Of