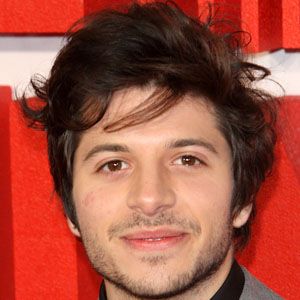 Known best for his role as Josh Irvine on the BBC series Grange Hill and for his performance as Anwar on the Sky1 fantasy series Sinbad, this English television actor also appeared in episodes of Holby City and The Bill.

He made his television debut in a 2001 episode of the BBC1 medical drama Casualty.

He played the role of Alex in a 2009 comedic horror film called Tormented.

He and his sisters Stephanie, Helena, and Georgina grew up in London, England as the children of a Greek father and an English mother.

His actress sister, Georgina Leonidas, appeared as Katie Bell in Harry Potter and the Half-Blood Prince.

Dimitri Leonidas Is A Member Of