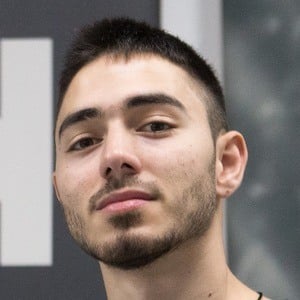 Professional freerunner and parkour athlete with victories at the 2014 and 2015 Red Bull Art of Motion. He earned sponsorship deals with Red Bull and Tempest. He previously was sponsored by Krap and an ambassador for Team JiYo.

He has been training as a freerunner since 2007 when he was 12 years old.

His freerunning videos can be seen on his Dimitris Dk' Kyrsanidis channel that is subscribed to by more than 100,000 people. He also has more than 220,000 followers on Instagram.

He has brothers named Nikos and George. His nickname is DK.

Dimitris Kyrsanidis Is A Member Of