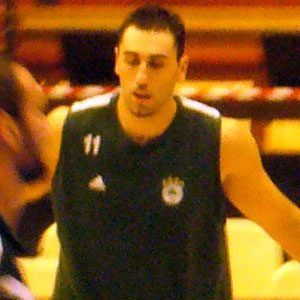 He initially studied martial arts in school, then switched to basketball, where a city championship win led to his first professional club, Larissa's Perseas.

He was named Player of the Year, leading scorer, and leading rebounder two seasons in a row while with the Greek A2 League.

He was born in Larissa, Greece.

He played alongside Fragiskos Alvertis on the Greek national team.

Dimos Dikoudis Is A Member Of