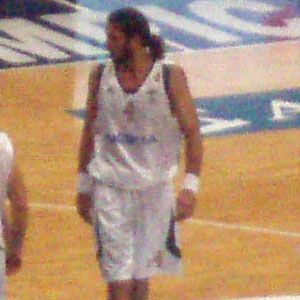 Most-crowned athlete of his time; he spent his entire playing career with the Panathinaikos basketball team from 1990 until 2009.

He was taller than most shooting guards at 6'9", and he proved just how that could be an advantage at the 1991 Cadet's Eurobasket in which he helped his team win the silver medal.

He married former water-polo player Anta, with whom he fathered Carolos.

He played alongside Ioannis Bourousis on the Greek national team.