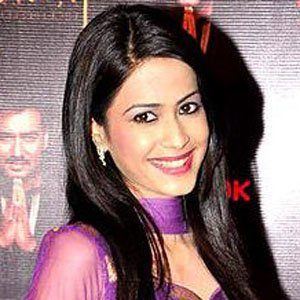 Known for her roles in such Indian television series as Mrs. Pammi Pyarelal (as Minty) and Raja Ki Aayegi Baraat (as RajKumari Sandhya), she also appeared in a Star Plus television movie titled Teri Meri Love Stories.

Early in her career, she starred as Kanya in the Indian Sony TV series Kuchh Is Tara.

While pursuing a career as an actress, she also worked as a model.

She and Ankita Sharma both appeared in the popular Indian soap opera Amrit Manthan.

Dimple Jhangiani Is A Member Of