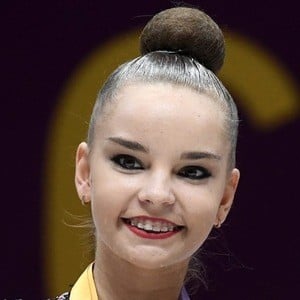 She started training when she was four-years-old and began competing internationally in 2011.

She was born to Ksenia and Alexey Averin and has an older sister named Polina.

Yana Kudryavtseva won the gold medal at the 2015 Russian Championships.

Dina Averina Is A Member Of