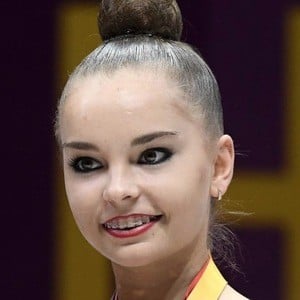 Competitive rhythmic gymnast who took gold and silver medals at senior international competitions throughout 2014 and 2015.

She made her first international debut in 2011 at the Russian-Chinese Youth Games.

She won gold medals in all of her events at the Corbeil-Essonnes International competition in 2015.

She was born in Zavolzhye, Russia to Ksenia Averina and Alexey Averin. Both she and her sister Dina became trained gymnasts. She also has an older sister named Polina.

One of her medal winning routines was performed to the tune of "Livin' la Vida Loca" by Ricky Martin.

Arina Averina Is A Member Of