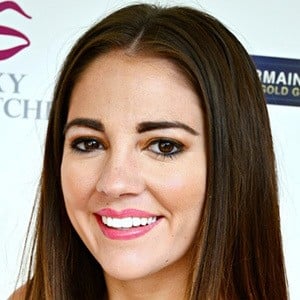 Singer/songwriter who rose to fame as a performer in Los Angeles. She has over 170,000 followers on Instagram.

She taught herself to play the piano at the age of three.

She's also worked as an actress and has appeared in numerous television shows including Criminal Minds, Happy Endings and Glee.

She had an uncredited spot on ABC sitcom The Goldbergs starring Jeff Garlin and Wendi McLendon-Covey.

Dina Renee Is A Member Of