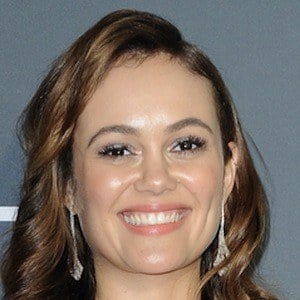 Television and film actress who is predominantly recognized for her appearances on Daredevil, Madam Secretary, and Netflix's Altered Carbon.

She was the first Middle East-born female to be accepted into both NYU and Juilliard graduate programs.

She landed her first major role in the romantic comedy Amira & Sam.

She was born in Riyadh, Saudi Arabia.

She appeared alongside Anthony Mackie on Altered Carbon.

Dina Shihabi Is A Member Of