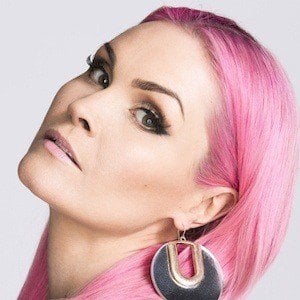 Pop singer best known as a member of the pop group Caramell, she also performed in the music competition Melodifestivalen in 2015 making it to the final round. She released her first solo single in 2012 with "I AM."

She was discovered at a karaoke bar when she was eighteen.

In 2015 she released two singles including "Make Me (La La La)" which she performed on Melodifestivalen and was certified SWE: Gold. Later that year she released another single called "Taste Your Love."

She was born Malin Dinah Sundström. She has two daughters.

It was Anders Bagge who told her to sing in Melodifestivalen.

Dinah Nah Is A Member Of