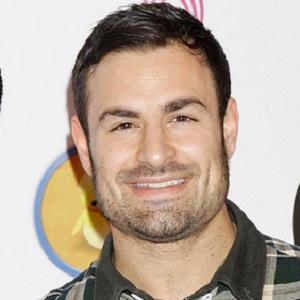 Gained fame as a cast member on the hit reality series The Only Way is Essex. He owns and runs a supplement/nutrition company called Grilla Fitness.

He used to work in London, England as a manager at an investment company.

He previously worked as a fitness and underwear model.

He was born and raised in Essex, England.

He and Chloe Sims both gained popularity by starring on The Only Way is Essex.

Dino Georgiades Is A Member Of