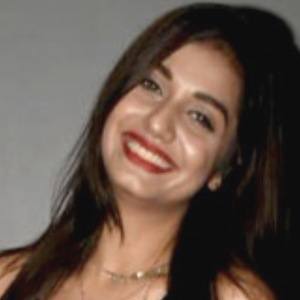 She first began posting pictures to her Instagram in December of 2013. Beginning with lifestyle content and a variety of modeling pictures, she began to expand and feature more pictures from her pageants and her work as a dancer and actress.

She is known for winning multiple pageants including Miss Navi Mumbai in 2015, Miss Popular in 2015, and Indian Princess in 2016. She is also known for winning Miss Tourism International India in 2016. In 2021, she won the reality TV show Bigg Boss OTT.

She was born and raised in Mumbai, India. She has dated reality star Varun Sood.

She posted a picture alongside actress Neha Dhupia to Instagram in May 2018.

Divya Agarwal Is A Member Of