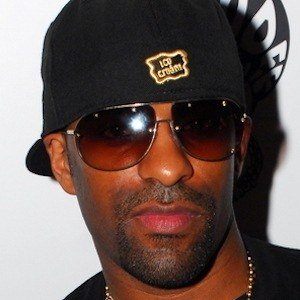 DJ and music producer who is known for his radio work on the Power 105.1 FM radio station in New York City. He has also released a trilogy of albums called The Professional Series under his own label, Desert Storm Records.

He began his career in music by releasing various independent mixtapes in New York City's 1990's underground hip-hop scene. He was eventually signed to Jay-Z's Roc-a-Fella Records in 1999.

He hosted a radio show during the late 1990s with Funkmaster Flex on New York City's Hot 97 FM radio station. In 2001, he debuted the rapper Fabolous as part of his Desert Storm Records label.

He was born and raised in Queens, New York City, New York.

He featured much of New York City's top hip-hop talent in his The Professional Trilogy, including Nas, Jadakiss, and Styles P.

DJ Clue Is A Member Of