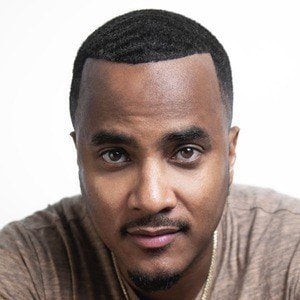 DJ and radio host best known as QuickSilva on DC's The Russ Parr Morning Show. He's enjoyed airtime at radio stations such as V-103, 92Q, X105.7, and WKYS 93.9. He's also been the official national DJ for urban retailer DTLR as well as the brand ambassador for Ciroc vodka.

He was inspired to become a DJ at the age of ten after watching the 1980s film Beat Street.

He was born Rico Silva in East Baltimore, Maryland.

He has toured with hometown radio personality and singer Lil' Mo.

DJ QuickSilva Is A Member Of