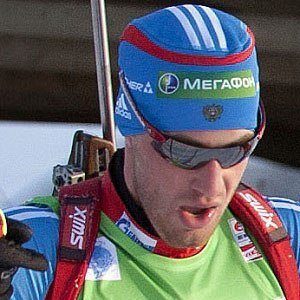 Biathlete who won a gold medal in the 4x7.5 km relay at the 2014 Winter Olympics in his home country.

He began international competition in 2011, in the World Cup.

He made it to his first individual World Cup podium on February 12, 2012.

He was born in Sosnovy Bor, Leningrad Oblast, Soviet Union.

He was teammates with Anton Shipulin on the relay team that won gold at the 2014 Olympics.

Dmitry Malyshko Is A Member Of