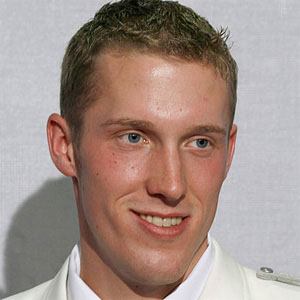 He first began competing internationally in the World Cup in 2007.

He won a gold medal at the 2009 World Championships in the 15 km mass start.

He was born in Braunau am Inn, Austria.

He was one of Austria's many medalists at the 2010 Olympics, joining Gregor Schlierenzauer.

Dominik Landertinger Is A Member Of