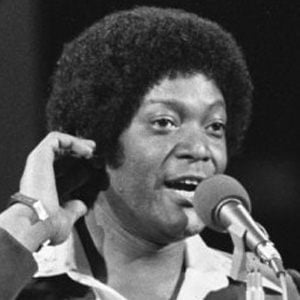 American soul singer who was popular in the 1960s and 1970s and whose hit single "Drift Away" sold over one million copies.

He moved to Los Angeles in the early 1960s to pursue acting, but sang on the side to make money.

He was the first artist to perform for integrated audiences during Apartheid in South Africa.

His grandfather was a Baptist minister who introduced him to gospel music.

His song "The In Crowd" was covered by singer Petula Clark.

Dobie Gray Is A Member Of