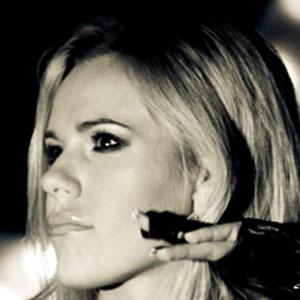 Singer who fronted the rock band Virgin and was featured on CNN as one of the top ten most famous Polish artists in 2008.

She trained to be a professional athlete, winning several national championships in the long jump.

She has released #1 charting singles in Poland like "Katharsis" and "Electrode."

She was engaged to Adam Darski of the metal band Behemoth until March 2011. She was then engaged to Emil Hajdar, a businessman, but the couple later split.

Virgin released a cover of Madonna's song "Material Girl on their debut album.

Doda Is A Member Of