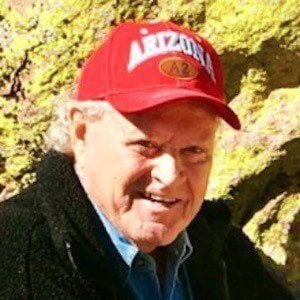 Appointed Arizona's Official State Balladeer in 1966. He wrote more than 300 songs about Arizona and the American Southwest.

His roots were in jazz music. He was with The New Christy Minstrels for the group's first five albums, winning a Grammy with them in 1963.

He founded the Arizona Folklore Preserve in Ramsey Canyon in the Huachuca Mountains in 1996.

His parents were farm owners who relocated to Topeka.

He and The New Christy Minstrels were regulars on The Andy Williams Show in the 1960s.

Dolan Ellis Is A Member Of