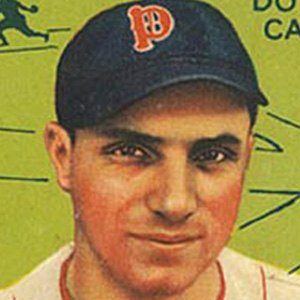 He attended a Catholic preparatory school in California before signing his first professional contract.

He once held the Brooklyn Dodgers franchise record for career home runs.

He had five sons with his wife Albena.

He played for the Brooklyn Dodgers, the same team as slugger Duke Snider.

Dolph Camilli Is A Member Of