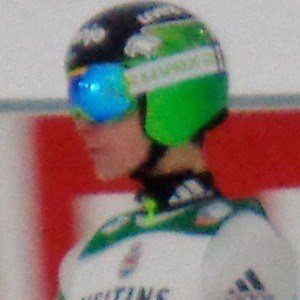 Ski jumper with the club SK Triglav Kranj who began competing in World Cup competition in 2015.

He competed in the 2015 European Youth Olympic Winter Festival.

He was able to reach the podium, earning second place, in only his fourth world cup event.

He and his brother Peter Prevc became the first brothers to share a podium in world cup history. His other brother Cene Prevc is also a ski jumper.

He and Eva Logar are both international ski jumpers.

Domen Prevc Is A Member Of