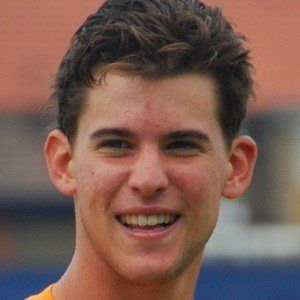 Austrian tennis player who won his first career ATP World Tour title in Nice, France in 2015. He won the Argentina Open in 2016 and the 2020 US Open.

He reached an ITF world ranking of number two as a junior tennis player.

He lost to Roger Federer at the Brisbane International tennis tournament in 2016.

Dominic Thiem Is A Member Of