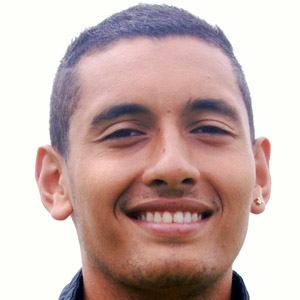 Australian tennis player most famous for upsetting Rafael Nadal on his way to the quarterfinals at the 2014 Wimbledon Championships. He was also the singles champion at the 2013 Australian Open.

He earned a scholarship to the Australian Institute of Sport as a basketball player and is a huge Boston Celtics fan.

He is of Greek and Malaysian descent. His sister Halimah has worked as an actress. From 2015 to 2017, he was in a relationship with Ajla Tomljanovic.

He defeated Benjamin Becker at the 2014 Australian Open.

Nick Kyrgios Is A Member Of