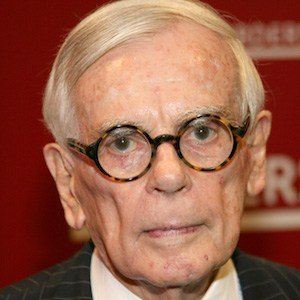 An investigative journalist, writer, and movie producer, he is best known for works such as The Two Mrs. Grenvilles (1985), People Like Us (1988), and The Mansions of Limbo (1991). His work often focused on the legal system and society's reaction to it.

He and his five siblings were born in Hartford, Connecticut. Early in his career, he became a contributing columnist at Vanity Fair.

He covered such high-profile court cases as the murder trials of O.J. Simpson and the Menendez Brothers.

He was married to Ellen Beatriz Griffin and they had two children together. His actress daughter, Dominique Dunne, was murdered in 1982. He was the brother of screenwriter and journalist, John Gregory Dunne, and the brother-in-law of author Joan Didion.

Dominick Dunne Is A Member Of