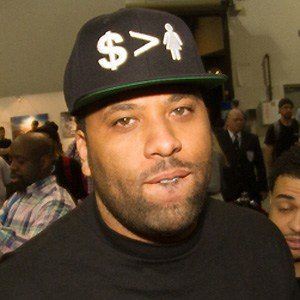 Grammy Award-winning American music producer who has worked with many popular R&B and Hip Hop artists. He was named "Atlanta's Best DJ" on the television program Good Day Atlanta.

He produced one of his earliest tracks in 2005 with Young Jeezy's song Go Crazy.

He founded his own production company called Cannon Music, LLC.

He was born in Philadelphia and eventually moved to and grew up in Atlanta and Los Angeles.

He has worked with and produced music for Trey Songz.

Don Cannon Is A Member Of