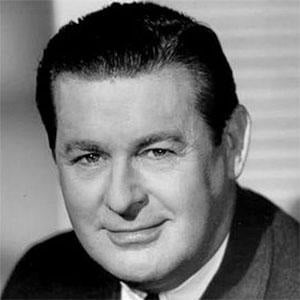 The next-door neighbor, Mr. Thornberry (Thorny), on The Adventures of Ozzie and Harriet, and also played the harried Mr. B in Hazel.

He had little initial interest in acting, but changed his mind after performing with the Cedar Rapids Community Players, and from there went to study at the Pasadena Playhouse in Los Angeles.

For several years, he and his brother ran their own restaurant inside Disneyland called The Silver Banjo, right inside Frontierland.

Closely following his Ozzie and Harriet TV role, he and his wife, Marion lived in a farmhouse they designed themselves.

He was a lifelong friend of Ronald Reagan , appearing with him in two films and supporting his presidential campaign in 1976.

Don Defore Is A Member Of