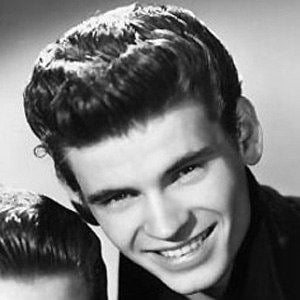 Country and rock singer who recorded "Wake Up, Little Susie" with his brother Phil as the duo the Everly Brothers.

His talent caught the attention of family friend and record producer Chet Atkins.

Both the Bee Gees and Paul McCartney were inspired by his music.

He married Mary Sue Ingraham on March 25, 1957, Venetia Stevenson on February 13, 1962 and later Adela Garza. He had three daughters named Erin, Stacy and Venetia, as well as a son named Edan.

Like Everly, Bob Dylan was inducted into the Rock and Roll Hall of Fame.

Don Everly Is A Member Of