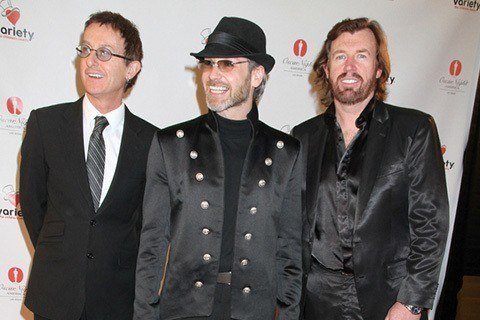 Trio of brothers originally from England who moved to Australia where they became the Bee Gees. Their first charting song was "Spicks and Specks" and they would become one of the world's best-selling music artists of all time.

In 1997, they were inducted into the Rock and Roll Hall of Fame. Their album Saturday Night Fever won multiple Grammy Awards.