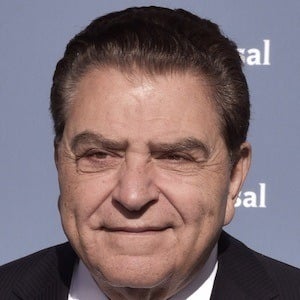 Popular host of Spanish-language variety shows on Univision and Telemundo such as Sábado Gigante and Don Francisco Presenta.

As a teenager, he moved to New York to become a tailor, but was too infatuated with television.

He has hosted the Chilean version of Who Wants to Be a Millionaire? and Deal or No Deal.

His real name is Mario Luis Kreutzberger Blumenfeld. He married Teresa Muchnik Rosenblum in 1963 and together they had three children.

He has interviewed a number of celebrities and politicians from Roberto Duran to Bill Clinton.

Don Francisco Is A Member Of