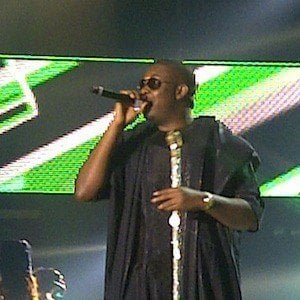 Award-winning Nigerian singer and music producer who founded the Marvin Records label in 2012 and released his solo LP, No Long Thing, in 2005.

He began studying business at Ambrose Alli University when he was twelve years old.

He was signed by Kanye West in 2011 as a producer for the GOOD Music label.

He grew up in Nigeria one of four siblings. His brother is singer D'Prince.

He collaborated with rapper Jay-Z on "Lift Off."

Don Jazzy Is A Member Of