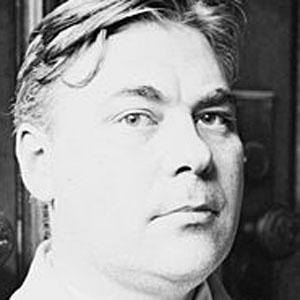 Poet, author, and journalist remembered for creating the humorous "Archy" and "Mehitabel" newspaper columns. He also invented a character known as "the Old Soak" who inspired several books, a play, and two films.

He was an editorial writer for The Atlanta Journal at the start of his career.

He was known for such creatively-titled works as Love Sonnets of a Cave Man and When the Turtles Sing.

He and Army Archerd were both newspaper columnists.

Don Marquis Is A Member Of