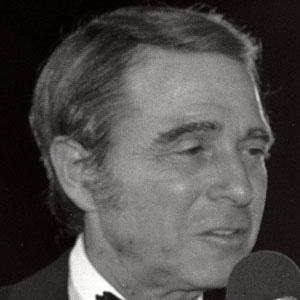 Columnist who wrote for Variety magazine for more than fifty years and emceed many movie premieres at Mann's Chinese Theater.

He wrote a famous Hollywood column called Just for Variety, which ran for over fifty years.

He married his first wife Joan Paul in 1944.

In 1953, he replaced Variety's former columnist Sheilah Graham, who was the ex-girlfriend of F. Scott Fitzgerald.

Army Archerd Is A Member Of