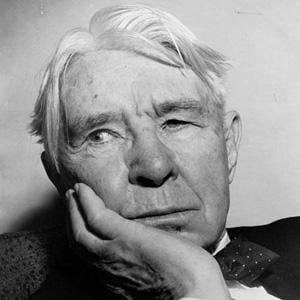 American poet and author who is best remembered for Rootabaga Stories, The War Years, and Cornhuskers. Many of his poems include references to the city of Chicago.

He left school at age thirteen and held a number of odd jobs before joining the Milwaukee, Wisconsin branch of the Socialist Party of America.

He was a three-time recipient of the Pulitzer Prize for Literature.

He married Lilian Steichen in 1908. He, his wife, and their three daughters eventually settled on a North Carolina estate they named Connemara.

He wrote an award-winning biography of Abraham Lincoln.

Carl Sandburg Is A Member Of