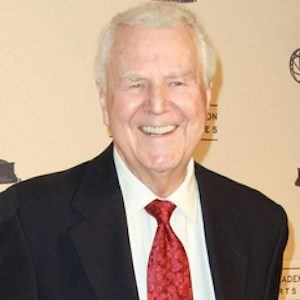 Made a living thanks to his booming voice most notably for the long-running sketch comedy series Saturday Night Live. He announces the opening titles for the show.

He worked on several other game shows as the announcer through his career before landing the SNL gig such as the original version of Jeopardy!, The Price Is Right, and Jackpot!.

He has been with Saturday Night Live since its premiere but missed one season of the show in 1981-1982.

He was born in Westfield, Massachusetts and has lived in New Jersey and Arizona as well.

He was announcing for SNL while Chris Farley was on the show.

Don Pardo Is A Member Of