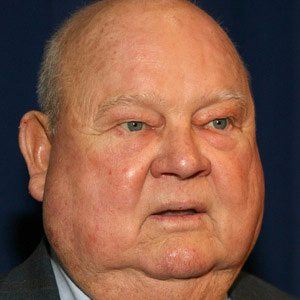 Former infielder who became a bench coach for the New York Yankees and then a senior advisor for the Tampa Bay Rays.

He entered the MLB with the Brooklyn Dodgers in 1954.

He wrote two books about baseball, The Zen of Zim and Zim: A Baseball Life.

He was married to his high school sweetheart Jean. He has a son named Thomas and a daughter named Donna.

He briefly played alongside Joe Morgan on the Cincinnati Reds.

Don Zimmer Is A Member Of