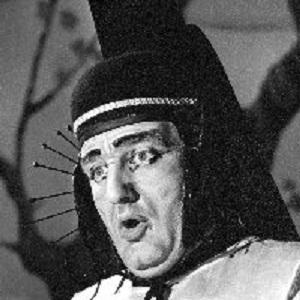 Best remembered for his roles in such light, comic operas as The Merry Widow, The Cunning Little Vixen, and The Mikado, this 20th-century bass-baritone founded an opera company called Gilbert and Sullivan for All and also frequently performed with the D'Oyly Carte Opera Company.

During his teenage years, he acted professionally in a BBC Repertory Company theatrical production. Around this time, he studied voice with La Scala opera performer Rodolfo Melle.

He performed many times with the English National Opera, appearing in productions of Don Pasquale, La Boheme, and A Midsummer Night's Dream.

He was born and raised in Bristol, England, where he was educated at the Bristol Cathedral School. In his late sixties, he died in Norwich of a brain tumor.

Charles Mackerras of the Welsh National Opera conducted many of Adams' opera recordings.

Donald Adams Is A Member Of