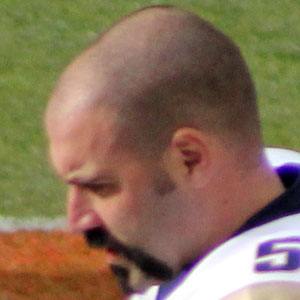 NFL punter who was a Second-Team All-Pro selection in 2008 and 2009 as a member of the St. Louis Rams. He won a BCS National Championship with the LSU Tigers in 2003.

He was a punter as well as a tight end at Catholic High School in Baton Rouge, Louisiana.

In a November 2002 game against the Kentucky Wildcats, he kicked an 82-yard punt, which became the longest punt in LSU history.

He got married to a woman named Aubrie.

He won a BCS National Championship under head coach Nick Saban at LSU.

Donnie Jones Is A Member Of