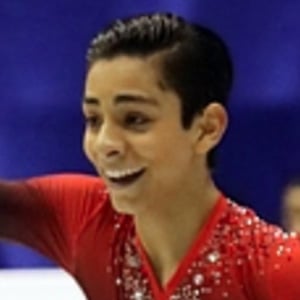 Mexican figure skater who is known for competing in the ISU Championships in the Free Skate category. He is also known for being a part of the skating club Ice Sport Center Leon.

He first began learning to skate when he turned eight. He began training professionally in 2013 and went on to make his junior international debut at the Junior Gran Prix in Mexico City.

He is known for having placed first at the Mexican Championships in the Junior Level during the 2014-2015 season.

He was born and raised in Zapopan, Jalisco, Mexico. He has a sister named Daphne.

Alina Zagitova is another figure skater known for competing in the ISU Championships.

Donovan Carrillo Is A Member Of